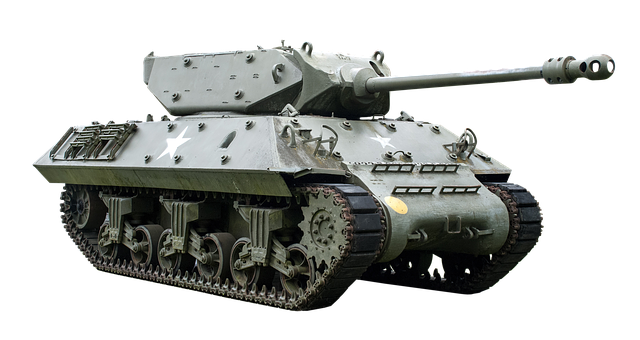 World of Tanks launched back in 2010. The popular massively multiplayer online game still has a dedicated fan base, and has grown across a variety of platforms. You can pick it up on PC, PlayStation, Xbox, iOS and Android for free. As you can imagine from the name, WoT has a lot of different vehicles to choose from. In fact, there are over 400 different tanks from Britain, China, Czechoslovakia, France, Germany, Italy, Japan, Poland, the Soviet Union, Sweden, and the United States. Within each of these nations, there are different tiers, ranging from Tier I to Tier X. With so many to choose from, it can be hard to choose the best tanks in World of Tanks.

First things first – the title of ‘best tank’ depends somewhat on the type of player you are and what you’re hoping to get out of the game. Your playstyle will very much influence the types of tanks that work best for you. Of course, some are more powerful, better armoured, and have better weapons than others, but it’s a combination of factors that really determines which is the best fit for you.

Some players decide that they want a relatively nimble vehicle to navigate the battlefield. These types of tanks often have a lower armor rating and weaker guns, but they make up for this in maneuverability. Conversely, those with a lot of armour and big armaments are often painstakingly slow.

As well as ten different tiers across multiple nations, there are also different classes of tanks in world of tanks. Again, this makes choosing the best tanks in World of Tanks a more intricate matter. Each class has a specific purpose in the game:

The good thing about World of Tanks is that it’s mostly a fair fight. With the tier system, you’ll never take on a battle where the odds are stacked wildly against you. When you start the game, you’ll only be able to access Tier I tanks. This is fine, as you’ll never be placed against Tier X ones. You’ll have to progress through the levels, earning experience and gold as you go.

You can always purchase gold to spend in the game, which can unlock premium tanks. This makes progress all the more straightforward.

The Best Tanks in World of Tanks

So, with those few caveats out of the way, we’ve picked out a few tanks that could be considered the ‘best’ to some players. Again, they may not be the best ones for you, but we’ve tried to pick out a range of models to get your started.

If you’re looking to bomb around the battlefield at high speeds, the T18 tank is an excellent choice. With its 75mm cannon, you can still deal damage, but you’ll be much less of a target yourself.

If you want a tank that can traverse all terrains with ease, and get you into and out of trouble, the SU-85b is worth considering. With an 85mm gun, it gives you the opportunity to rush in and take on opponents or attack from distance.

The Hellcat is one of the fastest tanks in the game, and it also has a rotatable tower, giving you the chance to attack from all angles. Although it doesn’t have great armour, you’ll be able to see your attackers coming with ease.

The Cruiser Mk. II is one of the best tanks in World of Tanks. Although it’s not the most accurate, it’s got a humongous gun capable of dealing devastating damage, as well as plenty of armour to back you up.

Although the AMX 13 90 has pretty flimsy armour, if you can keep it hidden, it’s deadly. Those who prefer to snipe on the battlefield and keep their head down will appreciate this assassin of a tank.

If your game plan is to lay down as much damage as quickly as possible, you may want to consider the E-100-Panzer. It has one of the fastest guns in the game, meaning you can smash through defences quickly. However, it takes an age to reload, so you have to make it count.

With a fearsome 109mm cannon and seemingly endless armour, the T29 is an absolute bruiser. It doesn’t go anywhere quick though, so you may find yourself a target.

We’ve outlined just a small handful of the tanks that you might consider choosing, and we’ve tried to pick a real range. However, only by playing a variety of different classes, factions, and levels will you truly get a feel of which tanks are the best for you. Good luck, and happy tanking!

How to hack MovieStarPlanet